Why are you not in class and out there bleeding! Acemywork 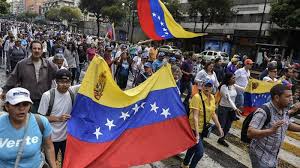 Why are you not in class and out there bleeding!

Why are you not in class and out there bleeding!

Implications of Students Absence in Learning

Jay Mathews says, Books at home push kids toward more schooling because kids with books at home according to a global study tend to have more years of schooling and become successful professionals. However, books in Venezuelan home seem inadequate, as students are often not in class but out there in the street protesting against President Maduro’s with some them bleeding from police brutality.

Some of these students were arrested, charged, tortured, and few others were killed as shown in #concluTINTORI or Conclusions a show hosted by journalist Lillian Tintori, a human rights advocate. Students anti-government rallies in and out Venezuelan university campuses are common and sometimes violent due to alleged government anti-dispersal units used of force such as shooting protesters at point blank range. HIRE WRITERS ONLINE.

Why are you not in class and out there bleeding! Acemywork

The bigger problem, however, is the fact these students should be in class learning and developing their skills for their chosen career. The result of a study on academic performance suggests that students’ attendance affects their learning. Those with high attendance rate were doing well compared to students who were frequently not in class. Similarly, a UK study shows the strong correlation between attendance and academic achievement. Absenteeism increased with each grade level while dropout rate is greater in students with poor attendance.

Study of reasons for excessive student absence from class found illness as the main cause of absences. Absenteeism in Venezuela according to a 2007 study was the highest among participating countries at 18% compared to Portugal with 2.8%. Around 4% of the population had less than 2 years of education, 4.6 of children aged 7-16 had no education.

Since the university rallies started in mid-2014, academic activities in around 18 underfunded universities are irregular. Faculty members, instructional materials, laboratory supplies, and others are scarce. The absences and interruptions in classes will likely affect their academic performance. Absenteeism in higher education often correlates with grades obtained by students. Students skip classes for both health and social reasons such as racism and school climate.

The teacher-students ratio significantly affects learning while poor working environment degrade the quality of teaching. Statistics taken from OECD countries suggest that students spent almost half of required lesson hours in schools with shortages in teachers and educational resources. Poor quality of teaching and school environment has a cumulative and debilitating effect on students achievement. In fact, the study found that it is more influential than socio-economic factors.

The economic crisis according to the report is intensifying as basic commodities are gradually disappearing from the shelves. The violent protest, on the other hand, will likely cause further damage to property, additional injuries and deaths, and further deterioration in the functioning of educational institutions including learning of Venezuelan students.

There is probably a need for school and student leaders to talk and share ideas on the possibility of achieving peace through dialogue. This is because quality education cannot be achieved through protest. In fact, it will further increase the rate of violence, number of casualties, the extent of property damage, and economic difficulties.