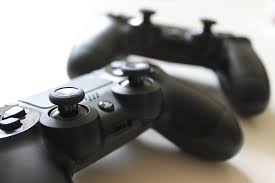 Violent Video Games and School Violence. Is There a Correlation?

A large amount of research has been done to create or understand a potential correlation between the playing of violent video games and school violence perpetrated by youth, especially within the school environment. Through psychological and scientific studies, different aspects have been considered and there have been decisions to substantiate both sides of the issues, however, the majority of evidence that has been returned shows overwhelmingly that youth who participate in violent video games are no more or less likely to perpetrate violence within their school than youth who do not.

The idea of a correlation between video games and school violence comes from the idea that violent video games cause youth to feel less compassion for victims of violence. Parents and other concerned adults have long stated that youth who participate in violent video games are more likely to act out the violence that they see and participate in during real life situations because they have been desensitized, however, research has shown this is not the case. According to psychological studies, simply playing a violent video game does not have any long-term impact on the capacity for violence in the youth or on their ability to feel compassion for others. HIRE WRITERS ONLINE.

Video games are a method of play and fun for youth and allow them to spend time with friends and engage in make-believe situations and experiences that they would otherwise be incapable of enjoying. The violent video games that youth are encouraged to play allow them to take on a different persona in much the same way as dress up games and make-believe with dolls or action figures. In this way, they are encouraged to try something new and to enhance skills in order to achieve an objective, thereby developing abilities that continue to help them outside of the game, such as dedication, follow through and attention to detail.

Another important aspect of video games that can be beneficial for youth is the ability to improve thinking and thought processes in general. Youth who engage in video games are required to solve complex problems, often under extreme pressure to beat the high scores of their friends or to avoid a negative aspect of the game. Because of this, it enhances the abilities of the youth to think critically and creatively in other aspects of their lives as well, leading to improvement in their cognitive abilities in school and even in the future workforce.

Video games are also considered to be a method of reducing stress levels and are used by a number of young people for just this reason. Whereas some adults or youth will engage in reading, listening to music or puzzles as ways to decrease their stress, anxiety or anger levels, other youth engage in video games as a way to calm down and relax. Because video games take them outside of their own world and problems as well as requiring attention and thought rather than simply being mindless entertainment, they allow the youth to overcome the negative thoughts and fears.

Finally, video games have actually been found to improve the symptoms associated with several medical conditions that youth may have such as MS, autism, and even attention deficit disorder or dyslexia. The increased interaction with others that occurs through the video game helps children with social problems as a result of autism to feel more comfortable in these situations. Likewise, video games that require full body movement are more likely to reduce the balance problems that may occur for MS sufferers. The focus required for improved video game play also improves the focus of those suffering from attention deficit disorder and dyslexia, thereby reducing the suffering that occurs.

With all of these reasons to play video games and all of these ways in which video games can aid youth throughout their lives, it is unfortunate that youth are stymied on many turns toward these games. Though parents have feared for a long time that violence in video games and school violence show a correlation in children outside of said video games, the research shows not only that this is unfounded, but also that there are a number of reasons to encourage video game play amongst children of all ages.