The Use of Marijuana: A Democracy That Stands Wrong 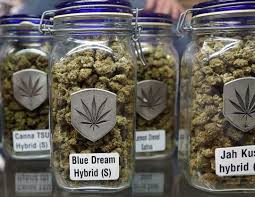 The use of Marijuana: A Democracy That Stands Wrong

As of spring 2016, several states in the United States of America have legalized the possession, production and the use of marijuana for recreational purposes. Marijuana, or Cannabis, is one of the most widely used drugs in the world, only behind alcohol, caffeine, and nicotine. The substance is a psychotropic or psychoactive drug that gives its user a high or stoned feeling and alters their conscious perception, giving them a heightened mood, relaxation and an increase in appetite. HIRE WRITERS ONLINE.

The Use of Marijuana: A Democracy That Stands Wrong

In some parts of the world, including many American states, a person can get prescribed medical marijuana for their ailment, such as cancer, a sleeping disorder the list goes on and on. But looking at the facts from a Democratic standpoint, it’s evident that the legalization of marijuana in some states is wrong.

For one, on a federal level, marijuana is still considered illegal. This is quite true. Under the Controlled Substances Act, cannabis is classified as a Schedule I drug, which means that the federal government views cannabis as highly addictive and having no medical value (even though this could change in the near future). It’s strange how the buds of a plant, a gift from God that heals people’s ailments and disorders, can be illegal.

Nonetheless, if a state legalizes the use of marijuana, which the Federal Government of the United States of America does not allow, technically, it is still illegal and therefore wrong from a democratic standpoint. Now, this may not be the case a year from now, two years from now, 10 years from now, but soon each state in the United States of America will be legal, under Federal Government laws, allowed to produce and sell marijuana whether for medicinal or recreational purposes. But until then, it is still illegal, wrong.

Of course, the opposite is happening: the governments of many states have already legalized marijuana for medicinal and recreational purposes this will only continue to spread. This has been the will of the people in those states to have marijuana made legal in some regard. They have voted for this, so it is right. If imposed on the people, it is wrong.

Cannabis Industry Should NOT Involve Minors

Third, and lastly, the legalization of marijuana in some states is wrong when the cannabis industry involves minors. In these states, a person under the age of 18 should never come in contact with, use or be involved in the production or manufacturing of cannabis; if this does happen often and become a problem, then the legalization of marijuana is certainly doing wrong. No industry should negatively influence or exploit children. This violates human-rights laws and practices.

Also, one more thing a person could argue about the legalization being wrong is if the company doesn’t pay it taxes to the federal and, or, state government. We see businesses in states like Colorado, Washington, Oregon and Alaska which have legalized the selling, usage, and production of marijuana for recreational purposes paying their taxes to the federal government, even though the industry violates a federal law. Either way, the legalization of marijuana in some states is wrong if marijuana-based businesses involve minors or sell to minors or don’t pay its federal and state taxes.

Even though these aforementioned points indicate what is wrong with the legalized marijuana industry in some states, many people in quite a few states feel that legalization is definitely a step forward. In fact, there is talk about several states passing the legislature this fall, laws that would legalize or decriminalize cannabis for either medicinal or recreational purposes.

Legal cannabis is righteous to many people; but, once again, the legalization of marijuana in some states is wrong when a business in the cannabis industry involves minors, or doesn’t pay its taxes to the state and federal governments, or when a state passes legislation (because it’s still illegal in the eyes of United States Government), especially when against the will of the people.