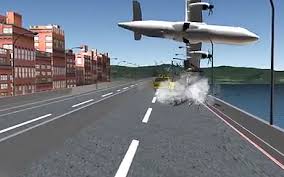 A TransAsia Airways plane carrying 53 people, including two children and five crew members, crashed in a river in Taiwan’s capital. At Least 13 People killed and Carrier loses the second aircraft in last 8 months. The first deadly incident for TransAsia in the past  year   was a plane  crashed July 23 near the airport at Magong on Taiwan’s Penghu island during a thunderstorm. As a result, 48 deaths and 10 people were injured. HIRE WRITERS ONLINE.

A TransAsia plane crashed shortly Wednesday morning and fall into a river just minutes after takeoff. TransAsia Flight GE235, an ATR 72-600 turboprop, took off from Taipei at around 10.53am and was on its way to the island of Kinmen when the incident   happened. At least  27 people have been rescued from the plane’s wreckage. A number of people have been sent to the hospital, and the death toll has been steadily rising throughout the day.

According to CNA, 31 passengers aboard the flight were Chinese tourists from Xiamen.

A TransAsia media office declined to comment on possible reasons for the crash, deferring to a news conference scheduled for later on Wednesday. The causes of the disaster were not immediately clear but FlightRadar24.com, a specialist website, said the    plane had attempted to  turn back before its crash and had been in the air for less than three minutes.

Dramatic pictures taken by a motorist and posted on Twitter showed the plane cartwheeling over the motorway soon after the turboprop ATR 72-600 aircraft took off in apparently clear weather on a domestic flight.

Another video broadcast on Taiwanese television appeared to show the plane striking a bridge before crashing.

Rescue operations are ongoing and first responders in rubber boats are currently trying to enter the aircraft.