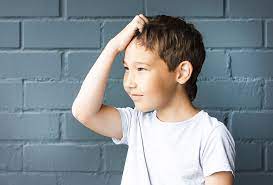 What is Tourette Syndrome?

Tourette syndrome is one of the conditions that affect the nervous system. It causes children to have sudden twitches, sounds, or movements repeatedly which can be abbreviated as tics.

Tics can cause a child to blink over and over or cause them to unwillingly make grunting sounds. Tics are similar to hiccups in that they happen involuntarily. Though very difficult, some children and people can stop themselves from doing a certain tic. This is only for a short period and then they are forced to do it.

Tourette syndrome has no cure although its symptoms can be managed. Tourette syndrome is usually accompanied by obsessive-compulsive disorder, learning difficulties, or attention deficit hyperactivity disorder.

Tourette syndrome is a disorder characterized by repetitive and unwanted movements and sounds that cannot be controlled. A child with Tourette syndrome might shrug their shoulders, blink their eyes repeatedly or blurt out offensive words and unusual sounds.

Children whose symptoms of Tourette syndrome are not troublesome do not need treatment. Tics become controlled and less after the child gets to their teenage years.

There are two types of tics; vocal and motor.

Tics get worse when a person or child is excited or stressed. They however improve when they focus on an activity or calm down. Over time, the frequency of the tics changes. In addition, the type of tics experienced also changes with time.

Tourette syndrome is a chronic condition even though the symptoms will appear, disappear and reappear. Tics usually reduce in early childhood and as the child approaches early adulthood. In some cases, the symptoms go away completely.

However, it is necessary to note that some children will experience tics into their adulthood. Tics may also get worse once a person reaches adulthood. Involuntary shouting out swear words or repeating other people’s words are rare symptoms and should not be used in the diagnosis of Tourette syndrome.

Swearing is rare and only affects 1 in 10 people. Tics cannot affect the health of a person although some of the physical tics like jerking the head can be painful. Tics can improve on some days and worsen on other days.

Some children may be able to control their tics in certain social situations for example in a classroom. Controlling tics can be easier if they concentrate and practice. It can be tiring trying to control tics.

When undertaking activities that involve high-level concentration, tics may be more pronounced. These activities can be playing sports or reading an interesting book. You should contact a GP if you or your child start having tics.

Children may experience tics for several months before they outgrow them. A tic is not a sure indication that the child has Tourette syndrome. Motor tics are the first to appear. They appear before vocal tics.

Before the onset of vocal or motor tics, children may experience an uncontrollable sensation such as a tingle, tension, or an itch. After a tic, they get relieved. With some effort, they can control, hold back or stop a tic.

At acemywork.com, we offer professional help to nursing students grappling with their assignments on Tourette syndrome in children. We have a team of professionals who write quality papers that will guarantee good grades. Talk to us today!

It is important to get a firm diagnosis so that parents can be able to understand better the condition of their child and allow them to get their children the right kind of treatment and support. To get an accurate diagnosis, the doctor may refer the child to different specialists, a neurologist being one of them.

Treatment of Tourette’s Syndrome in Children

Treatment of Tourette’s syndrome may involve medicine and behavioral therapy. Medicine may be prescribed for some children to help with the tics. Medicine is prescribed if the tics affect the daily activities of the child or if they are severe. It is important to note that these medications will not work for all children and will have different side effects.

Behavioral therapy as a treatment option for Tourette syndrome is offered by a specially trained therapist or a psychologist. There are two types of behavioral therapy used to treat Tourette’s syndrome. They are:

When should the child see a doctor for Tourette Syndrome?

Parents who notice their child displaying involuntary sounds or movements should take their children to a pediatrician. Not all tics are a sure sign of Tourette syndrome. Some children may develop tics that usually go away on their own after weeks or months.

However, it is important to always be keen to notice any unusual behavior in children, try to identify its cause as well as rule out any serious health issues. If the doctor suspects that your child has Tourette syndrome, they will refer the child to a neurologist who is likely to ask the following questions:

Imaging tests may be done on the brain to rule out other possible conditions that may be causing the symptoms. The doctor may order an MRI scan and a CT scan. It may also be important to ask how long will the tics last and what can be done at home or at school to help the child deal with the symptoms.

The exact cause of Tourette’s syndrome remains unknown. Tourette syndrome is a complicated disorder that is probably caused by a combination of environmental and genetic factors. Additionally, dopamine and serotonin which are the chemicals in the brain responsible for transmitting nerve impulses may also be involved.

What are the risk factors for Tourette Syndrome?

Risk factors for Tourette syndrome include:

Conditions that are commonly associated with Tourette syndrome are:

ADHD and Tourette syndrome are two different conditions although they have things in common. Both start around the same age. Some children may also develop both conditions. However, there are key differences between them. It is therefore important for parents to get the right diagnosis for their child.

How ADHD and Tourette Syndrome are alike?

Some children with ADHD may experience symptoms that feel a lot like tics. These children may make random noises if being silly, they may fidget and squirm. Children who use ADHD medicine that is a stimulant will have tics sometimes. The drug makes them more noticeable although they go away.

More than half the children with Tourette’s syndrome will also develop ADHD. In addition, they may develop other related conditions like depression, learning disorders, and obsessive-compulsive disorder.

Researchers have discovered that there could be a genetic link between ADHD, Tourette syndrome, and OCD. All these conditions have a biological similarity that may increase their likelihood of occurring together.

How are they different?

Children with ADHD do not have any tic-like movements. However, they have difficulties paying attention or staying focused. They have a hard time staying organized and are easily distracted.

Children with Tourette syndrome will outgrow their tics in a late teenager or early adulthood. In some cases, the tics will occur less often or even disappear completely. On the other hand, symptoms of ADHD go all the way into adulthood. Tourette syndrome is rarer compared to ADHD.

It is believed that both ADHD and Tourette syndrome are caused by genetic factors. However, there are additional causes of ADHD such as low birth weight, brain injury, drinking, and smoking during pregnancy.

Diagnosis and Treatment of ADHD and Tourette’s syndrome

During diagnosis, the doctor can determine if the child’s symptoms belong to Tourette syndrome or ADHD, or both, or something different. There is no single test to diagnose either of the two conditions.

When diagnosing, the doctor will enquire about when the symptoms began and might do a medical exam and a blood test to rule out any other cause of the symptoms. Children with ADHD are treated with a combination of behavior therapy and medication. Medications commonly prescribed for ADHD are stimulants

Behavior therapy in the treatment of ADHD involves teaching the child how to build on positive behaviors to reduce focus on those that cause problems. On the other hand, for kids with Tourette’s syndrome, the doctor will prescribe medications to control tics.

Medications prescribed for children with Tourette’s syndrome may include antipsychotic drugs, antidepressants, and anti-seizure drugs. These drugs do not get rid of tics, instead, they help control them.

Behavior therapy may also be used in children with Tourette’s syndrome. An example of behavior therapy used is habit reversal. Habit reversal helps children to learn how to identify an incoming tic and then learn a new behavior that they can do instead. This is similar to comprehensive behavioral intervention for tics.

Children with Tourette’s syndrome are taught how to substitute the feeling of an incoming tic with a different behavior to help them reduce tics. Children who have both conditions at the same time are treated for ADHD first. Doctors do this to improve the child’s attention and reduce their stress which then strengthens the ability of the child to control tics.

Children with ADHD are treated with a combination of behavior therapy and medication. Commonly prescribed drugs are stimulants and other drugs like antidepressants, clonidine, atomoxetine, and guanfacine. Behavior therapy involves teaching children with ADHD how to build positive behaviors that can replace those that cause problems.

Children with Tourette’s syndrome can also try behavior therapy such as habit reversal which is similar to comprehensive behavioral intervention for tics.

Most children with Tourette syndrome outgrow tics by the time they become adolescents or in their early 20s. However, some children may experience tics for the rest of their lives although they get better as they grow.

At acemywork.com, we help students write their assignments on Tourette syndrome. We have a team of qualified and high educated professionals ready to assist students. Our services are very affordable and we guarantee quality work that is free of plagiarism. Contact us today! 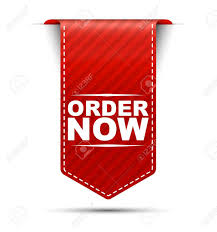