The Internet Has Been Overly Commercialized 1 Acemywork

The Internet has become like a huge billboard for various industries. And the fact of the matter is that we use the Internet every day.

The Internet Has Been Overly Commercialized

Why Is the Internet so Popular?

The year was 1990; this was the year when the Internet was very recognizable why? The World Wide Web was invented by Tim Berners-Lee. Public networking then became liberally available in the year of 1993, and since then the number of users that are on the Internet has grown to exponential numbers and continues to grow each year. With how technology is growing and the availability of when, where and how you can access the Internet, its no wonder that more people are utilizing the Internet for just about everything that is done. For that point alone, it brings forth a great debatable question: has the Internet become overly commercialized?

THE IMPACT OF SOCIAL MEDIA IN OUR EVERYDAY LIFE

People Are Looking for ADS

Since the Internet had become so popular and growth was a continued trend from it, people knew it was only a matter of time before companies and advertiser began to use the Internet for their own commercial interests. Since there has been so much commercialized content on the Internet, it seems that more and more that is all that a lot of people that use the Internet come for.

They arent getting online to get or read content the majority of people that are using the Internet now are getting on to see the advertisements that are being displayed. Most users of the Internet are looking for ads that have something to offer rather than the content that can be found on the Internet.

Its not just because of the ads; think about all of the websites that you can visit that promotes movies or sites that promote televisions shows. You have the sites that are dedicated only to television shows, or the characters that are within these shows. Youre able to see clips of movies before they have come out. You can easily get online and see video games and things that are to come but what drives this commercialization? Easily put in one word money.

Commercialization Is Increasing Every Single Day 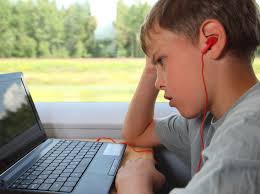 The Internet has become like a huge billboard for various industries. And the fact of the matter is that we use the Internet every day. Whether we are using it for work, or if were using it for school its being used, constantly.

A lot of our televisions integrate the Internet into what we are viewing phones use the Internet, and we can easily access the Internet through our phones. The Internet is everywhere we look and is utilized with just about everything we do. Commercialization is here and it is increasing every single day. Yes, the Internet has been commercialized and it grows with each passing second of every day.