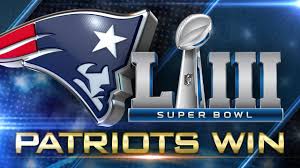 In spite of the fact that some kept wondering why the Patriots even appeared on the Super Bowl with the deflating scandal behind, the players proved that Super Bowl was about football, not footballs. To their justice, the game was thrilling, heart-stopping and made us nervous! HIRE WRITERS ONLINE.

Forget about the last two seasons, even this game gave no certainty the New England Patriots can really win. We could not relax and be sure in victory almost until the end of the game. All we had is our deep belief. Luckily, it paid off; they won the Super Bowl this time! They did and we can’t be happier. Thank you, Malcolm Butler, for putting an end to all our doubts. You sealed this victory. I mean, did you see that? A reminder: it was Malcolm Butler who intercepted opponents pass in the end zone with just 26 seconds left until the end of the game.

Malcolm Butler was not the only hero of this game. Tom Brady led his team to four touchdowns, breaking Joe Montana Super Bowl record. He completed all eight passes, including the one to Julian Edelman who later said: Tom Brady came out here, he’s been to six Super Bowls, he’s won four with the salary cap. It’s hard to argue against that. Butler shook the Seahawks defense claimed to be the strongest asset of their team and the best NFL has. His last catch had a nauseating effect the Seahawks and you could literally see! Tom Brady won his third Most Valuable Player. Eleven years have passed since he won his second one.

Was it only their talent and persistence that got them the trophy? Maybe the break in the team’s routine contributed too. As far as we know, Bill Belichick gave the whole day off for the team before the game instead of a usual walkthrough. That was something new. I guess that rest was crucial for the players.

We must admit that Seattle did not quit. The Seahawks showed class. Kearse showed impressive 33-yard catch. Marshawn Lynch rushed for 4 yards, then backup cornerback Butler, who was victimized on Kearse’s reception, made the biggest play of his first NFL season with 20 seconds remaining. The Seahawks did their best to become the first repeat champions of NFL since New England a decade ago. However, it was not meant to happen this time. The game taught Seattle a lot of mental toughness, though.