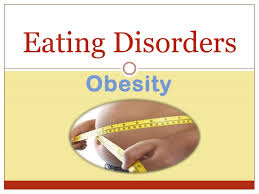 The American Obesity Association in partnership with Centers for Disease Control and Prevention report that an estimated 15.5 percent of adolescents aged 12-19 years and 15.3 percent of children aged 6 to 11 years are obese.

OBESITY DISORDER IS NOT A VERDICT

Obesity is a rising global concern that has taken a toll on annual health costs across the country. Besides causing a huge health burden, the impact of obesity has contributed to decreased productivity and increased absenteeism among members of our society. It becomes necessary to sensitize the private and public sector partners, medical professionals as well as the public to adopt strategies that will make healthier choices easier to make.

Obesity is a health condition characterized by excessive accumulation of body fat, usually over 20% of an individual’s average body weight. It is associated with an enormous amount of health complications (high blood pressure, heart disease, stroke, type 2 diabetes, and cancer), disability and even death.

Individuals with a Body Mass Index of more than 30 are considered to be obese and those with a BMI of 25-29.9 are deemed to be overweight. As the condition continues to become an increasing concern in the United States, individuals have developed an interest in a field of medicine dealing with the study and treatment of obesity otherwise known as bariatrics. Further, it is common fortudents to be asked to write argumentative essays on obesity or other lifestyle issues during their academic career. You can sign up to buy your obesity essay online for an original, high-quality essay that is written from scratch by professional academic experts.

From a global perspective, the rise of obesity has been gradual but constant ever since 1980. The American Obesity Association in partnership with Centers for Disease Control and Prevention report that an estimated 15.5 percent of adolescents aged 12-19 years and 15.3 percent of children aged 6 to 11 years are obese.

Why Do People Become Obese?

The leading causes of obesity disorders are overeating and lack of physical activity. When a person takes up more calories than he or she can consume (metabolize), the excess is converted to fats that pile up with time leading to weight gain. The imbalance between calorie intake and consumption is also influenced by age, gender, genes, psychological makeup, certain health conditions, socioeconomic and environmental factors.

1. Physical Inactivity. Many Americans are not active and easily take in more calories than they can burn through physical exercise or normal daily activities. Some of the reasons that encourage inactivity include driving, fewer physical demands because of modern technology, longer TV viewing hours, etc.

3. Lifestyle habits. A sedentary lifestyle where people are stuck in a routine of long working hours with little room for exercise, oversized food portions, inactivity, inaccessibility to healthy foods due to cost or advertising that sways people to buy high-calorie foods.

4. Genes. The genetics of a person will determine if a person is likely to develop obesity. Genes play a significant role in metabolism efficiency, storage, and distribution of body fat. If one or both parents are obese, there is an increased risk of weight gain hence the need to maintain healthy lifestyles that can counteract these genetic effects.

5. Medical conditions. Certain medical conditions such as Cushing’s syndrome, underactive thyroid (hypothyroidism) and polycystic ovarian syndrome (PCOS) will contribute to obesity. Some medications are also linked to weight gain like some varieties of corticosteroids, antidepressants, and seizure medicines.

Childhood obesity disorder is defined in terms of BMI (Body Mass Index), a formula that takes into account a child’s age and sex-specific percentile to determine body fat, health risk, and well-being. Obesity in children and adolescents is considered as a BMI greater than the 95th percentile.

Countries that show the highest obesity problems in the world are most exclusively found in the Pacific Islands. American Samoa (74.6%), Nauru (71.1%) and Cook Islands (63.7%) top the list of countries reported to have the highest proportion of people viewed as obese. Other countries like Tokelau (63.4%) and Tonga (57.6%) follow closely with the U.S. ranking at 18th position with 33% and the UK at 43rd place with 27% of the population being obese.

What Is Worse: Obesity or Anorexia?

Eating disorders like anorexia and obesity have detrimental health effects that could lead to death. Both obesity and anorexia are complex neurobiological disorders with metabolic consequences that have strong genetic and environmental underpinnings.

While anorexics intentionally starve themselves even to death and have a fear of gaining weight, obese people are incredibly overweight. Anorexia may be a fatal psychiatric disorder due to its ability to lead to other mental disorders like schizophrenia, bipolar disorder, and depression that could cause one to commit suicide. This isn’t to say that anorexia is a more dangerous problem than obesity as both conditions pose as deadly health risks.

It is important for individuals to maintain a healthy lifestyle with a steady body weight by eating healthy meals, engaging in physical exercise and making meaningful societal changes.

Careful individualized treatment will often be required for individuals with overweight and obesity problems to help reverse the rising epidemic rates of these conditions. Reaching and maintaining a healthy body weight helps people to lower the risk of developing serious health concerns, boost ones self-confidence and gives more energy to enjoy life.

Writing obesity research essays can be challenging for most students as it requires one to provide a comprehensive analysis of the role of nutrition and physical activity in tackling the obesity menace as well as analyzing the relationship between obesity and other health problems. Get a comprehensive obesity essay by placing an order with a professional essay writing service. Our knowledgeable writers offer top-notch quality service at affordable prices while providing a clear and concise response to your assignment instructions and requirements.

If you need assistance with essay writing, feel free to contact our friendly support team or place an order and we will gladly help you.