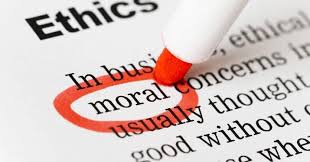 Preventing moral failure in academic institutions appears highly dependent on the morality and ethics of its leaders and teaching staff.

Moral failures result to scandals which usually occur when somebody got involved in an act or event that is morally or legally wrong. However, the impact of scandalous acts is commonly far greater when it involves public figures and educational institutions that are supposed to model good virtues or morally acceptable behavior and attitudes in young people. HIRE WRITERS ONLINE.

School-related scandals such as physical abuse of students by a high school teacher, sex between a female teacher and underage boy-students, racism, misused of funds by school officials, and others were violations of ethical guidelines and codes professional conduct that eventually hinders achievement of schools socio-cultural goals for students.

The outbreak of school sex scandals involving female teachers and young students in the media not only triggered public controversy but raised questions and heated debate over the ethics and professional conduct of female teachers. A social researcher, for instance, assumed that although teachers involved in these scandals clearly crossed the line of what constitutes a morally acceptable practice; they are not actually at fault engaging in a male-female sexual relationship.

Feminist educators, on the other hand, argues that such relationship will never occur if these female teachers value professionalism and committed to ethical teaching practices. Moreover, aside from being unprofessional, sex between teachers and students upset the learning environment and reduced public confidence in the ability of the academic institution to provide moral education.

The Limits of Academic Freedom

Trust according to literature is key to successful relationship thus schools with moral and ethical leaders and staff are more successful than others in establishing a moral purpose, building a caring and consistent long-term relationship with the community.

Preventing moral failure in academic institutions appears highly dependent on the morality and ethics of its leaders and teaching staff. The reason is that leaders and teachers are individuals students will look up to as an example of decent people. For instance, students will likely trust, respect, and emulate teachers making correct and consistent ethical decisions and judgments. In contrast, since decisions in school are made in absolutes, erroneous ethical decisions and judgments often result to immoral, unethical, and sinful decisions with major consequences.

Teachers are humans who from time to time make an error. However, there is absolutely no excuse for making moral mistakes such as a teacher having sex with students, school principal stealing money from school funds, a teacher accepting a bribe, and others. Years ago, Bill Clinton’s presidency was damaged by his immoral actions against Monica Lewinsky and failure of the moral purpose of his political position. Similarly, a male teacher raising test score of a female student for sex is a moral and ethical dilemma destructive of the moral purpose of a school.

It is, therefore, important for schools to employ ethical educators who practice what they preach and make moral decisions based on conscience and moral doctrine supporting the socio-cultural goals of schools for students. Moral failures in teachers can be avoided by understanding oneself, reflecting on experiences, moral and ethical values, and developing their own personalized code of ethics. This is because moral failure is often caused by the competing interest, overload and pressures at work, excessive relationship with students, and error in judgment.