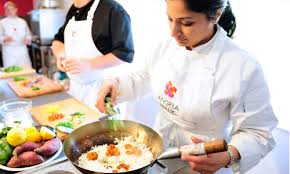 The article is about the school policy on junk food.

In April 2014, the Department of Agriculture banned junk food sales at schools in the United States. In particular, the ban limits school cafeteria and vending machine from offering or selling students of foods that are high in fats, sugar, and calories or junk food. Junk food according to USDA is responsible for making millions of schoolchildren obese, a condition that is associated with a number of health problems. Good examples of junk foods are soda, cheesecakes, hotdogs, candies, potato chips, and any food that has little or no nutritional value.

Public health experts have been concerned about junk food in schools for many years. Obesity now affects 17% of U.S. children and teens ages 2-19, according to the CDC. Advocacy groups have directed efforts at getting junk food out of schools. Some previous studies have found a link between junk food sales in schools and children’s weight, although Van Hook says the studies were small and not conclusive.

One scientifically sound study, she says, did show a link between the availability of junk food in school and weight gain in high school students.

Van Hook’s study was what’s called an observational study, which means it cannot prove cause and effect, but only a link or association. Still, she expected to find a link, she says, but did not.

Study of obesity suggests that overweight and obese people are at risk of diabetes, coronary heart disease, a certain type of cancer, and tend to have a shorter life. Children with weight equal or greater than the 95th percentile are obese and likely to acquire a long-term chronic disease and psychosocial development problems. Poor food choices and consumption of junk food, a widely available, inexpensive, and effectively promoted on television and other media often cause obesity.

Obesity, according to study is a disease linked to childrens poor nutrition and significant time spent on watching television. Junk food, on the other hand, is linked to weight gain and insulin resistance and therefore increased the risk of obesity and Type 2 diabetes.

Evidently, there was no national policy regarding junk food in the United States before 2014 and therefore no reason for schools to create an internal policy on this matter. In fact, according to 2006 survey, only 25% of schools had a school policy regarding junk food while a quarter of schools are developing #JunkFoodKids by allowing promotion and consumption of chocolate candy, cookies, pastries, baked goods, and soft drinks in schools. Some schools earned from vending machines that are so popular for their junk food content while others sell junk foods to the community so they can raise money.

Schools with the junk food policy are commonly against vending machines and selling foods with little or no nutritional value. They raised funds from selling vegetables and fruits. The national policy restricting the sale of junk food at schools is a challenge to the majority of schools to create policies that could make a difference such as a junk-free school environment. Their role as educators should include teaching students on appropriate health choices, provide knowledge and encourage students on the benefits of nutritious food and exercise.

Remembering Our First Stage of Education

Teachers and school staff are role models and therefore must be at the forefront of the junk food free school campus initiative. Operators of school cafeterias and vending machines should start thinking about students well-being rather than sales and profit. Teachers should be familiar with how junk food is marketed to kids, recognize junk food from tables, and the difference between subtle and not so subtle junk food.

Similarly, school officials may consider a wellness policy that includes more innovative fundraising strategies, fairs, field trips, and athletic competitions. More importantly, they should not fall for advertising money and firmly reject the promotion of junk foods in their respective schools.