Is The Use Of Animals For Research Purposes Justified 1? Acemywork 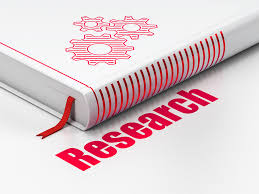 Is The Use Of Animals For Research Purposes Justified?

Ethical Issues about the Use of Animals for Experiments

Animals have been in use for experimentation for a long time especially in the medical field where it has enabled scientists to discover and gain knowledge and understanding of the biological processes as to improvement the quality of human life. Despite the wide use of animal experimentation in scientific fields, it has become an ethical issue that has pitted the pro-experimentation and against the animal rights activists that have been strongly challenging not only the legality of the continued use of animals for experiments but also the ethics behind it. This paper presents different arguments for and against the use of animals for research purposes.

The population of animals has been dropping drastically worldwide in the recent times. A report by Jarrod in 2010 shows that the chimpanzees population has dropped from 2 million to just about 150,000 in the recent years. The same applies to the population of rabbits that has dropped from over 3 billion to just about 1.5 million today. The use of an animal for scientific research has been cited as a major reason for the dramatic decline in these animals population and those of other animals, such as rats, pigs, sharks, and dogs among others. In the US, animals are widely used in scientific research, especially in testing products consumed by humans, as well as the effectiveness of certain drugs.

Animal Testing is Required by the Law

As such, using these animals that have the same organs and nerve system is useful in making discoveries on things such as drugs and how effective or dangerous they can be on humans before permitting them for humans. They cite the US laws requiring that all prescription drugs be tested on animals before they can be allowed for sale in the market.  This way, any danger with the prescription drug is detected in the animals and avoided for use in the humans because the life of a human is more valuable than that of an animal.

Thirdly, those in support of the use of animals for experimentation maintain that the use of animals for experimentation has resulted in the discovery of better veterinary medicines and improved welfare of animals. They speak about the heartworm  a drug that was discovered out of research conducted on animals and has since proved useful in helping save the lives of many dogs across the globe. Besides, they cite that animal research has resulted in the better understanding of nutrition for cats and the reasons why cats live much longer than other animals and maintain good health.

Additionally, proponents of the animal research argue that man has dominion over all other creatures. As such, man has control over animals and can do research with them. They cite Genesis chapter 1:28, where after God has created everything and blessed them, God instructed man to be fruitful and multiply, as well as have dominion over all animals of land, air, and sea.

Despite the strong arguments in favor of animal research, animal activists have strongly opposed the continued use of animals for scientific research arguing that it causes a lot of pain and suffering to animals. As such, because the suffering caused to animals is so high, there is no justification for the benefits to humans.

Secondly, animal rights activists have strongly opposed animal experimentation arguing that there has not been any proof of the benefits to human. Jarrod 2010 research, for instance, found that the research conducted on chimpanzees in an attempt to try to discover the medication for HIV did not provide any result despite the claim that chimpanzees share about 99.4% of DNA with humans. Unlike humans, chimpanzees do not develop AIDS after getting infected with HIV.

Other opponents of animal research also argue that even other animals that share similar DNA features with humans do not provide reliable test because they might not react in the same way as humans would. As such, it is wrong to continue subjecting animals to pain and suffering in the name of science.

In conclusion, animal use for research is a common practice all over the world. However, this practice is raising ethical issues that need to be addressed soberly. Experiments should not be conducted in the manner that causes a lot of harm and suffering to animals.