Is the Death Penalty Justified 1?Acemywork 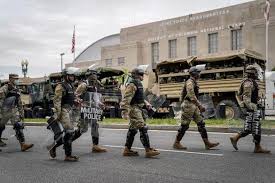 Is the Death Penalty Justified?Acemywork

The Death Penalty is the Code of Judgment

Want to divide a room fairly quickly? Get a conversation going about justifying the death penalty. That will scatter folks, absolutely. Plus, everyone will feel differently about the issue. Some will hold some deeply rooted convictions about the topic: Should a person be sentenced to death because they deliberately killed another person? Isnt God their ultimate judge, and because of this, shouldnt they get a free pass in this life because they are judged in the next? Is killing a murderer  via gas chamber, electric chair, lethal injection  committing the same exactly crime the murderer did?

There are many questions to ask when giving this heavily debated topic a good thinking. First, one has to accept that there are some pretty evil people in the world who want to take the lives of others, to play God, ultimately; then there are accidental killings; and lastly, one has to consider that we all have the potential to kill another human being if pushed over the edge of reason. Nonetheless, in this instance, a justification for the death penalty shall be provided.

For one, the death penalty is justified when a murder was done out of cold blood when it was premeditated. Of course, this is not when a person accidentally kills another person  wrestling around when the wrong move is made or someone goes too far, for example; or a car crashing into another on late night. Those are different. A murder in cold blood is when a person deliberately wishes for, plans and executes a murder.

Regardless of why the murder is done, or how many people the person killed, even if to avenge anothers murder or wrongdoing, it is still murder  a deliberate ending of another persons life on this earth  and murderers should be killed themselves. They must pay for their wrongdoing, and this is one case of how the death penalty is justified.

Secondly, the death penalty is justified because of the prevention factor: When a vicious murderer is given the death penalty, they cannot be left out in society to do it again. This is done for a great reason. This justifies the death penalty for sure. Now there is always the possibility that the killing is righteous  maybe the man who savagely raped, beat and killed an innocent woman should be killed  and the person who killed the rapist is innocent to a degree, but all of this is subjective thinking, and emotions should not influence rationalization.

We can refer to Hammurabis Code  eye-for-an-eye  to justify this reciprocity: that the state should put to death a murderer. Make no doubt about it: this is one more way that illustrates how the death penalty is indeed justified.

Lastly, what if the atheists are right? What if there is no God? No judgment in the afterlife? We can never know for sure of an afterlife. Now is all we can ever know for sure. This mentality justifies the death penalty because it means there is a chance this murderer could go on in the universe never having to pay for what they had done  when they took a persons life and played God for just a few seconds. One can speculate that if the everyday person kills another, even intentionally, that person will live for the rest of their years with immense regret, guilt, and paranoia.

The mental anguish would be a harsh enough punishment itself. Ah, but many killers are psychopaths, they lack empathy and conscience  so they may not think they are doing wrong. Therefore they should be wiped out of this world. They deserve the death penalty. The death penalty is most justified here  a sick, deranged person should be taken out of this world. There may be no judge in the afterlife, no God; therefore, the evil of this world shall be judged on earth, and evil shall die.

Lets conclude this heavy argument by apologizing to the reader: this is a tough topic to discuss  everyones got a different viewpoint on it  and its easy to offend a person. If any offense was taken, the writer offers their apologies. The truth is, there is no right answer. The student can relate to Christian (God is my judge) and Buddhist (people attract suffering) ideologies, and to Hammurabis Code (eye for an eye), to approach this issue objectively. Which is correct? What is inhumane and whats wrong? How do you tell?