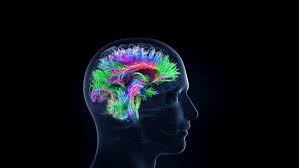 Science by definition is the intellectual, practical, and the systematic study of the composition and functioning of the physical and natural world through observation and experiment.  Atheism, a word derived from the combination of the Greek ? or not and theos or god is commonly perceived as the belief that there is no God. Since science, as exemplified in the above definition operates in a framework of uncompromising naturalism and function as if our world has no connection with any supernatural being, it is often viewed atheistic.

Although science and religion, according to literature are practices embodied in powerful social institutions and achieving peaceful coexistence, their boundaries, and social positions are well-defined. For one thing, science has a life of its own and regardless of its godly origins, it can function without theistic foundation. However, regardless of extreme naturalism and its very broad description of the world, science does not tolerate any atheistic morality and can function without atheism.

More than 45 years after Darwin journeyed to the Galapagos to peer at hummingbirds, the naturalist shed light on his religious beliefs in a private journal. He wrote about lacking knowledge to know for sure if there’s a higher being: “The mystery of the beginning of all things is insoluble to us; and I for one must be content to remain an Agnostic.

Other self-described agnostics such as physics and astronomy experts Stephen Hawking, Albert Einstein and Carl Sagan are sometimes mislabeled atheists. These minds have challenged traditional religions and God’s role in everyday life, but may not have rejected God outright.

Similar to theism that makes sense only to those who support the claim there is a God, atheism can only prosper in a society with different moral ideals such as Enlightenment humanism, communism, libertarianism, and others thus can also come into tension with science.  Atheism according to the literature is not just a claim that we live in a godless world. An atheist during the 18th century takes the world as given and rejects the claim that God is necessary to explain the existence of the world.

Another form of atheism asserts that belief in God and in the afterlife undermines the value of human life on earth.  Similar to Marx and Lenins atheism, there is an atheistic world-view and ethics that people must become gods to be worthy of living in a godless world.

Scientists in the 16th and 17th centuries, according to the literature were in a way self-consciously taken religion out of the discourse for the sake of modern science.  However, this was not at the done metaphysical level, but deliberately at the methodological level where religion and science do not mix. For instance, since good science involves dealing with problems until a solution is found, reaching out for Gods intervention whenever you encounter a problem is simply not science.

Aside from the fact that most renowned scientists such as Galileo, Descartes, Boyle, Newton, and others were all religious, their atheistic attitude toward God was mere scientific atheism or recognition of the reality that Adam and Eve, Noahs Flood, Jonah and the whale, and other religious claims  are no longer acceptable in modern science.  A survey of top-rank British scientist suggests that most respondents who came from physical sciences believed in God. Similarly, a study conducted in 1996 found that most members of the U.S. National Academy of Sciences do believe in God.

Science and religion are two conflicting aspects of social life. As science attempt discover facts about the world through observation and reasoning, religion has a creed and code of personal morals that are directly in conflict with science.  For instance, a creed is often the intellectual source of dispute between religion and science due to assertions, dogma, and philosophical doctrines that science can easily disprove.