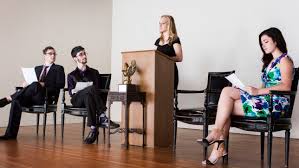 According to the National Institution of Mental Habits, bipolar disorder is characterized by extreme mood changes, from manic episodes of intense energy, followed by extreme lows of depression.

Quite a few of the historys best artists, entertainers and athletes and the like have or have had Bipolar Disorder  whether diagnosed or not. This includes crooner Frank Sinatra, 1960s icon Jimi Hendrix, 90s rocker Curt Kobain, painter Vincent Van Gogh, tons of writers, and even actress Catherine Zeta-Jones, among too many others.

However, it is speculated that people with Bipolar Disorder may treat their symptoms with alcohol or drugs. It is also known that substance abuse can trigger, or even prolong, mental illness, including mood disorders. Naturally, medications exist for Bipolar Disorder, and they have been known to help alter a persons brain chemistry so that their mood is balanced and steady. After a person is diagnosed with Bipolar Disorder, they are most always given medication to combat the intense symptoms.

However, lifestyle choices can also potentially help a person manage their mental illness or mood disorder. This extends to drinking habits and drug-taking habits, as said before, but stress, diet, exercise habits and overall health play a crucial role, too. Moderation and self-discipline are always key. Exercise has a way of balancing the firing of neurotransmitters in the brain, which play a crucial role in mood, behavior and cognition and happiness. It is a proven fact that exercise and physical health are fundamental to good mental health, as well, in part because it helps relieve stress and tension and it also encourages the body to work properly and effectively.

How to Deal with Mood Disorder?

One of the scariest things about any mood disorder is the way it becomes insurmountable to deal with and tackle. In other words, some people experience horrific Bipolar episodes and fear they will have to deal with the uncertainty and unpredictability of it for the rest of their lives. It affects every single aspect of ones life. Unfortunately, this all too often tricks people into thinking they are better off committing suicide, ending their life, the pain, the depression.

This is because the person with Bipolar Disorder experiences a high so high that they feel they can do anything, become a better person, be successful and happy and productive and wealthy. They get ideas and missions, create objectives, and they get powerfully motivated to do something. However, this high, the manic state, can directly follow a Depression so crippling that they feel the Manic state they just experienced was mostly just to tease them that they could never be happy or at least not happy for too long. 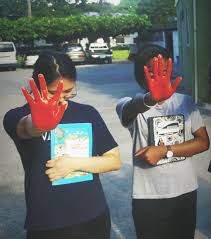 To conclude, Bipolar Disorder exists and its an issue worth paying attention to. It is something that affects people from all walks of life, cultures, professions, philosophies  and it affects various  if not all  aspects of their life, as well, almost always in a detrimental way. It can keep a person from sleeping well at night, from eating and interacting with people, from doing things they enjoy, even things they have to do like going to work and other responsibilities.

Even simple things like doing laundry can be a struggle for people with Bipolar Disorder or with any variation of Depression. What is most tragic about Bipolar Disorder is the fact that it can occur suddenly and without any warning  it just happens. Nothing, in particular, may trigger it. Bipolar Disorder doesnt discriminate by wealth, ethnicity, and religious creed. But it is a problem all over the world  and it is just as serious as cancer is.