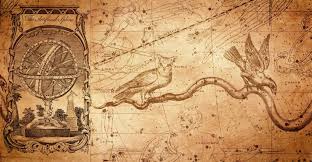 Through most of its history, astrology, a study of zodiac signs and its influence on our growth, personalities, and daily lives was highly regarded as science, a discipline that is closely associated with astronomy and mathematics.  A scholarly tradition, astrology was then accepted in political and academic contexts and a valuable system for a predicting astronomical event in many cultures throughout the centuries.  For instance, since the Arabs during the 10th century believed that the motions of celestial bodies affect life on earth and future events can be predicted by studying their movements, they were advanced in these areas and made significant contributions to the science of astronomy.

Wearing the Trappings of Science

Astrology was popular and continued to flourish during the 11th century. The Egyptians, Greeks, and Romans were also active in this field and built exceptional observatories to improve observation and understanding of celestial bodies. Sophisticated astronomical instruments such as the astrolabe (left image) were developed to enhance observation of the sky, calculation of latitudes, time and motion of the sun, stars, and the signs of the zodiac, and boost the accuracy of astrologer’s prediction. HIRE WRITERS ONLINE.

However, the legitimacy of the study that is now recognized as pseudoscience or a belief system that is incorrectly presented as scientific, was called into question by 17th-century scientific concepts and astronomical models.  In particular, the heliocentric model of the solar system where the Earth and other planets revolve around the Sun, significantly affect the credibility of the traditional geocentric (Earth-centered solar system) chart where the position of the zodiacal signs and horoscope are based.

Zodiac Signs and Horoscope Are not Science

According to literature, although astrology relies on a scientific tool and complex mathematics such as those used to measure planetary motion in astronomy, the study is not a reliable predictive tool as it does not adhere to any valid scientific method and cannot be accurately tested. Moreover, since astrology fails to abide by the standards of evidence or characteristic of most legitimate science, it eventually lost its place in the academic world.  The scientific community also disowned astrology, as it cannot provide a precise explanation on how the positions of celestial objects could actually affect people and influence events on our planet.

Astrology according to Karl Popper lacks falsifiability or refutability, the ability that separates science from non-science.  Contrary to Popper, Thomas Kuhn argued that the non-empirical process and concepts involved in astrology make it unscientific. This is because failed predictions and inability to explain why horoscope fails do not necessarily make them violators of scientific principles. In reality, since astrology is not amenable research , most astrologers do not investigate and merely adhere to rules and guidelines for a field of study fraught with known limitations.

Instead of correcting a failure and revising a flawed astrological hypothesis in a meaningful way, most astrologers explain away failures.  According to Kuhn, even if the stars actually influence human lives and the world around us, individuals who do not solve puzzles are not practitioners of science.  Similarly, due to the presence of numerous fallacious logic and poor reasoning in astrological literature, philosopher Edward James view astrology as an irrational field of study. For instance, most astrological writings in James analysis are not coherent, blatant, uncorroborated by evidence, reluctant to pursue arguments, no sense of a hierarchy of reasons and incapable of satisfying the demands of legitimate reasoning.