Are Plagiarism and Censorship Having Something in Common 1?Acemywork/online help

Are Plagiarism and Censorship Having Something in Common?

The Objectives of Plagiarism and Censorship

Censorship is commonly known as suppression of anything objectionable while plagiarism prevents stealing and offering other authors ideas as your own.

Censorship is common in media, films, TV, books, the Internet, and so on because they are a powerful medium of communication that has the ability to influence millions of people. The power to engage in censorship is not limited to the government because private organizations and individuals can be involved in censorship. Censorship can be voluntary undertaking such as self-censorship of your own work (authors, film directors, etc.).

Are Plagiarism and Censorship

Not all people are happy with censorship as it restrictions often deprive people of facts, and suppress their freedom of expression. Censorship in the print media such as newspaper, books, etc. greatly reduces the quality of information they deliver. Since a morning newspaper with graphic images of casualties of a tragic car accident can greatly affect their families feelings, the reading public will only see the censored images of the accident rather than the reality of driving too fast or being more concerned about safety. Similarly, censorship of a film depicting the abuses and discriminatory practices of government offices against a certain ethnic group will likely deliver nothing but entertainment rather than truth and policy change.

Plagiarism, on the other hand, is normally strict on literary works as books, journals, and so on because they are academic papers that usually contained ideas acquired from years of painstaking research. Certainly, presenting these ideas as your own is fraud, depreciation of their hard work, and breach of their intellectual rights.

The act of plagiarism usually occurred when a person writing an essay, for example, write exactly the same words or sentence that the person read from the source without proper citation. It can also occur when the writer acknowledged the wrong author or used copyrighted images without permission.

The Similarities of Plagiarism and Censorship

Some people see plagiarism and censorship as two different things living in an entire world. Others see censorship as suppressors of obscenity and plagiarism as eliminators of literary thieves. However, there is more to them than meets the eye. That is if one would dare see them in right perspective.

Censorship suppresses the publicity of immoral and offensive materials. In other words, it prevents people from getting any credit from something that is ethically and legally unacceptable. Similarly, censorship prevents people from presenting materials that will hurt the dignity of those involved. For example, a film entirely centered on womens nudity, a video showing a young innocent boy abused, or an article containing provocative ideas about the superiority of one mans color over the other definitely deserve censorship. 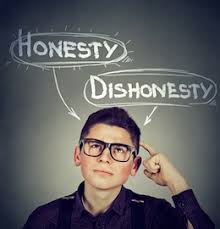 Reasons why students lie to their teacher!

The point here is the fact that censorship, similar to plagiarism, is actually dealing with and resolving problems the same way. This is because plagiarism also suppresses the publicity of immoral written material that does not only contain stolen ideas, with an author expecting to gain from another mans pain but offensive to the cheated readers of these deceitful academic materials.

Copyright infringement is a violation of the rights of a copyright holder, when material whose use is restricted by copyright is used without consent. Plagiarism, in contrast, is concerned with the unearned increment to the plagiarizing author’s reputation, or the obtaining of academic credit, that is achieved through false claims of authorship. Thus, plagiarism is considered a moral offense against the plagiarist’s audience (for example, a reader, listener, or teacher).

Plagiarism is also considered a moral offense against anyone who has provided the plagiarist with a benefit in exchange for what is specifically supposed to be original content (for example, the plagiarist’s publisher, employer, or teacher).